A NEW KIND OF FOOD FESTIVAL

OFF THE 405 is the Getty Center’s annual outdoor summer concert series, bringing some of today’s most exciting bands to the stage for a memorable experience amid stunning architecture and breathtaking sunset views.

Name one thing missing from Family Feud. Survey says, You! Don’t miss this opportunity to be a part of the live studio audience for one of America’s longest-running and most beloved game shows. Hosted by Steve Harvey, the show features two families as they compete to name the most popular responses to a series of survey questions. At the end, only one family will walk away with a winning title and a big cash prize. Be there for every hilarious Freudian slip and see Harvey’s priceless reactions in real-time during this live taping at NBC Universal.

See what makes the movie experience at Rooftop so special.

We believe iconic movies and great dialogue deserves to be heard properly. Ever missed that key plot-line because the guy behind you is eating his popcorn too loudly? We use state-of-the-art wireless headphones so you can live in those memorable cinematic moments, and not get disturbed by the outside world. Now that’s cinema.

Great films deserve great locations, and our venues are set alongside some of the most iconic city backdrops around the world. With panoramic views and stunning sunsets, movies have never looked so great. 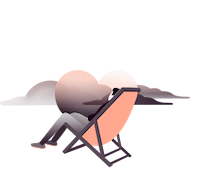 Outdoor cinema is about embracing the world around us, but that doesn’t mean it has to be uncomfortable. Which is why we use comfy deckchairs, with adjustable seat heights and plenty of leg room, meaning you can lean back and breathe in those city views under the stars. For those opting for the Rooftop Love Seats this summer, these are built at a seating width of 33”, enough room for two people to snuggle on the rooftop.

Looking for that perfect movie? Our program is hand-picked with a personal touch, to ensure each night is an unforgettable movie experience from cult classics to brand new releases. Each film starts at sunset, so as the stars begin to sparkle watch your favorite movie moments come to life on the big screen.

Let’s Make a Deal is back! Sign up now!

Let’s Make a Deal has redesigned its’ potential contestant waiting area. Potential contestants can pass the time taking souvenir photos at our Photo Booth or peruse our souvenir shop that will have LMAD t-shirts, mugs and other memorabilia for sale. Feeling hungry or need a pick me up? Check out our coffee cart, which will have coffee and a variety of tasty snacks available for purchase. Did you forget your costume? No problem! The Costume Shop has accessories available to add a little something extra to your costume (price range: $1 and up). The Costume Shop also has full costumes for rent (price range: $20-$35). Cash and credit accepted.

Get creative with your costume and have some fun! It’s your chance to show off your costume ideas on television. We love seeing everyone’s unique ideas.
If you have a group of 15 or more, please call us about group bookings and fundraising opportunities! Group booking department: 818-880-8200

Be sure to follow Let’s Make A Deal on Twitter @LetsMakeaDeal to find out helpful hints to what may happen at your specific taping. Producers Tweet what Wayne will ask for in some of the Quickie Deals!

ABOUT “Quickie Deals”….
Audience members…bring random items in your pockets! Wayne may ask for one and if you have it – you win CASH!!
Please remember, as an audience member, you may not reveal that you have the item until you are approached and asked for it by one of our hosts. In other words, please don’t tell or show anyone the item before you are asked for it.
If an audience member does reveal an item before being asked to do so, he/she may be disqualified from receiving the prize at producer’s sole discretion.

PLEASE ONLY BOOK TICKETS FOR ONE TAPING PER DAY. If you’d like to attend multiple tapings in a day, you are more than welcome to join the line after you exit the first show, but please do NOT request tickets for multiple tapings.

One City, One Pride

One City, One Pride is West Hollywood’s Arts Festival that celebrates Pride from Harvey Milk Day (May 22) through the end of June Pride month (June 30) with the theme “Love is Love,” celebrating the universal bond that unites us especially during this 50th anniversary year of the Stonewall riots.

JUNE 26
“LA: A Queer History,” a documentary about LA’s contributions to the LGBTQ rights movement

JUNE 30
A full day of programming including:

• “¡GAYTINO! Made in America” film debut — a story about being gay and Chicano as well as a father’s love

• Also, the return of the two queer poetry pop-ups

“One City, One Pride” is organized by the City of West Hollywood’s Arts Division. For up-to-date event listings, visit www.weho.org/pride or follow @WeHoArts.

Cinespia at Hollywood Forever Cemetery have offered audiences one of the most magical nightlife entertainment experiences in greater Los Angeles. In addition to showcasing the best of cinema, the cemetery screenings feature pre-show DJs, themed photo booths, a picnic at a gorgeous Hollywood landmark, and even occasional visits by stars, directors and filmmakers. It also stages special film screenings at historic movie palaces around Southern California, and often works in partnership with major film organizations and festivals.

Want to get LA Pride Weekend in West Hollywood started early? Then head on over to West Hollywood Park for a FREE night of entertainment, programming, and festivities presented by our proud partners at Johnson & Johnson before the LA Pride Festival opens its doors the next day. This free evening will include: For those of you looking for a VIP Opening Ceremony experience, VIP Backstage Experience tickets for Friday night-only backstage access to the Park Stage are now available, too. Get your tickets now!

Don’t miss this amazing — and FREE — way to kick off what’s set to be the best weekend of the year. Happy Pride!

*This is the Los Angeles celebrity premiere event of Verizon Media’s 5B — the inspirational story of everyday heroes, nurses, and caregivers who took extraordinary action to comfort, protect and care for the patients of the first AIDS ward unit in the United States. 5B is stirringly told through first-person testimony of these nurses and caregivers who built Ward 5B in 1983 at San Francisco General Hospital, their patients, loved ones, and staff who volunteered to create care practices based in humanity and holistic well-being during a time of great uncertainty. The result is an uplifting yet candid and bittersweet monument to a pivotal moment in American history and a celebration of quiet heroes, nurses, and caregivers worthy of renewed recognition. Regardless of genre, this year’s performers — a collaboration with Club Papi and BASH LA — will come together on the Festival’s two main stages to embrace this year’s theme, #JUSTUNITE.

For the first time, LA Pride and the City of West Hollywood are teaming up to host the first-ever“Pride on the Boulevard,” a free block party of entertainment, vendors, exhibitors, non-profit organizations, rides and attractions, beer gardens, and more along Santa Monica Boulevard in West Hollywood (between Robertson and Hancock). This free-to-the-public event will take place on Saturday, June 8 and Sunday, June 9 from 12:00 pm – 7:00 pm.

Even more, we’ve created a new Friday night program on June 7 in West Hollywood Park as the official kick-off to LA Pride Weekend 2019. This free-to-the-public evening will feature:

This year, to help create a better event experience, LA Pride is implementing the following changes:

And as in years past, anyone interested in volunteering four hours of their time to helping make the celebration go off without a hitch will, in turn, receive a complimentary single-day ticket to the festival. Volunteer opportunities will be available beginning in April. Check back at lapride.org soon. Kids 12 and younger
Free admission, must be accompanied by an adult